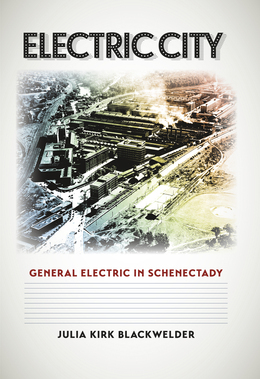 At its core, GE culture posited that engineers, scientists, and craftsmen engaged in a team effort to produce technologically advanced material goods that served society and led to corporate profits. Scientists were discoverers, engineers were designers and problem solvers, and craftsmen were artists.

Historian Julia Kirk Blackwelder has drawn on company records as well as other archival and secondary sources and personal interviews to produce an engaging and multi-layered history of General Electric’s workplace culture and its planned (and actual) effects on community life. Her research demonstrates how business and community histories intersect, and this nuanced look at race, gender, and class sets a standard for corporate history.