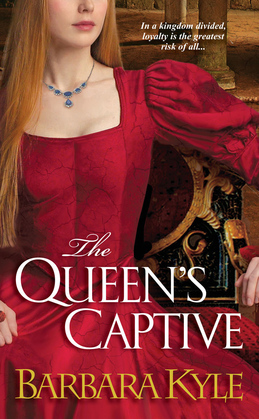 Thornleigh #3
by Barbara Kyle (Author)
Buy for $12.75 Excerpt
Fiction Historical Modern (<1799) English literature American and Canadian literature
warning_amber
One or more licenses for this book have been acquired by your organisation details

England, 1554. In the wake of the failed Wyatt Rebellion, a vengeful Queen Mary has ordered all conspirators captured and executed. Among the imprisoned is her own sister, twenty-one-year-old Princess Elizabeth. Though she protests her innocence, Elizabeth's brave stand only angers Mary more.

Elizabeth longs to gain her liberty--and her sister's crown. In Honor and Richard Thornleigh and their son, Adam, the young princess has loyal allies. Disgusted by Queen Mary's proclaimed intent to burn heretics, Honor visits Elizabeth in the Tower and they quickly become friends. And when Adam foils a would-be assassin, Elizabeth's gratitude swells into a powerful--and mutual--attraction. But while Honor is willing to risk her own safety for her future queen, aiding in a new rebellion against the wrathful Mary will soon lead her to an impossible choice. . .

Riveting, masterfully written, and rich in intricate details, The Queen's Captive brings one of history's most fascinating and treacherous periods to vibrant, passionate life.

Praise for the novels of Barbara Kyle

"Weaves a fast-paced plot through some of the most harrowing years of English history." --Judith Merkle Riley on The Queen's Lady