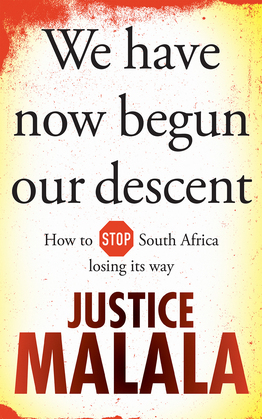 We have now begun our descent

by Justice Malala (Author)
Buy for $16.14 Excerpt
Nonfiction Social science Political science
warning_amber
One or more licenses for this book have been acquired by your organisation details

In a searing, honest paean to his country, renowned political journalist and commentator Justice Malala forces South Africa to come face to face with the country it has become: corrupt, crime-ridden, compromised, its institutions captured by a selfish political elite bent on enriching itself at the expense of everyone else. In this deeply personal reflection, Malala’s diagnosis is devastating: South Africa is on the brink of ruin. He does not stop there. Malala believes that we have the wherewithal to turn things around: our lauded Constitution, the wealth of talent that exists, our history of activism and a democratic trajectory can all be used to stop the rot. But he has a warning: South Africans of all walks of life need to wake up and act, or else they will soon find their country has been stolen.