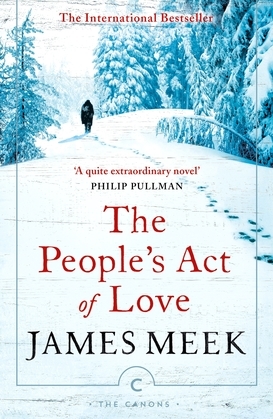 The People's Act Of Love

by James Meek (Author)
Buy for $13.29 Excerpt
Fiction Literary English literature British literature
warning_amber
One or more licenses for this book have been acquired by your organisation details

Deep in the unforgiving landscape a town lies under military rule, awaiting the remorseless assault of Bolsheviks along the Trans-Siberian railway. One night a stranger, Samarin, appears from the woods with a tale of escape from an Arctic prison, insisting a cannibal is on his trail. Only Anna, a beautiful young widow, trusts his story. When a local shaman is found dead suspicion and terror engulf the isolated community, which harbours a secret of its own . . .