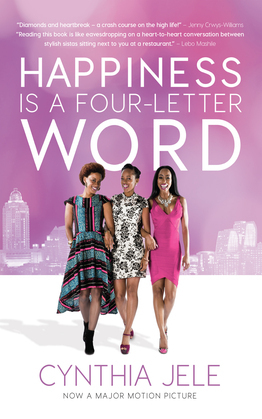 Happiness is a four-letter word

Four friends? lives seem to be crashing before them: Just as Nandi?s final wedding arrangements are put in place, her ex-fiancé, a man who bankrupted her heart and bank account, makes a re-appearance. Zaza, the ?trophy wife?, waits for the day that her affair comes to light and her husband gives her a one-way ticket back to the township. A stranger shows up at Tumi's doorstep, claiming to be pregnant with her husband?s child... and Princess, a feisty feminist, meets Theo, a Zimbabwean painter who seems to push all the right buttons. When she falls pregnant, however, Theo goes AWOL, with half her belongings. Think Sex and the City, Sandton . . . A re-edition of the 2010 prize-winning novel to coincide with the film starring Khanyi Mbau, Renate Stuurman and Mmabatho Montsho. Perfect for lovers of chick lit.