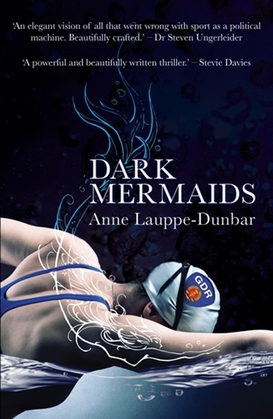 by Anne Lauppe-Dunbar (Author)
Buy for $15.19 Excerpt
Fiction Espionage Thrillers Political
warning_amber
One or more licenses for this book have been acquired by your organisation details

A shocking story of the horrors of a political system that doped its youngsters to sporting superhero status, and then left them to fend for themselves. Shortlisted for the Impress and Cinnamon First Novel Prize, this East German noir thriller is set in 1990, a year after the fall of the Berlin Wall. Unhappy West Berlin police officer Sophia is called on to investigate the murder of her childhood friend Käthe, after her beaten body is discovered in Sophia’s local park. Sophia is forced to return to the hometown she fled as a teenager with her enigmatic father Petrus, and Mia - a frightened child who turned up on her doorstep. She must investigate Käthe’s murder and care for a mother she believed abandoned her. As she reluctantly delves into the sordid Stasi secrets of those she grew up with, Sophia uncovers a web of horrors about her own abusive past as a child-swimming star in the former GDR. But her hunt for the truth has not gone unnoticed by those close to her, people who still have too much to hide.