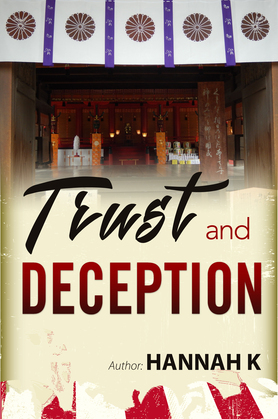 The day when Supreme Commander Douglas MacArthur met the Emperor Showa, Hirohito, was the day when the trust between MacArthur and the Emperor Showa, Hirohito, was established and the day when Japan started to recover from the disastrous situation after the Pacific War. Until then, under the name of the Japanese Empire, Japanese people suffered unreasonable orders from the military regime. Thanks to MacArthur's effort, Japan was able to make an outstanding recovery. You would be interested in what MacArthur knew about Japan.

This book will tell the readers that Japan had democratic elements dating back to ancient times. In addition to the above story, the readers could know the rough history of transition of the regimes in Japan. The Imperial system actually had the basis of democracy. In spite of a number of Samurai Regimes' rise and fall, the Imperial system, Tenno System, has been maintained.

Who built such a long sustainable political system? The key person was a female Emperor Jitoh (690-697), who had an unbelievably practical power of uniting competing tribal clans in Japan and call the country Nihon.

You may think Shinto priest would be a peace-loving person. However, Shinobu Origuchi is believed to be a folklore of Shintoist and priest. Actually, this person triggered the Japanese Empire to wage war against the United States. Seemingly, trustful person deceived ignorant people easily.

There have been a lot of wars and conflicts, which were caused by evil people. The author sincerely hopes this book could serve as a tip to recover a peaceful world.