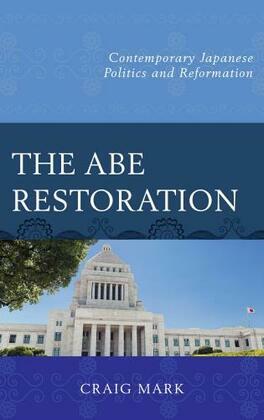 Shinzo Abe returned to office as Prime Minister of Japan 2012, leading the Liberal Democratic Party (LDP) for a second time. This book examines how Abe has sought a restoration of Japanese primacy at three levels: political, through the restoration of the traditional postwar parliamentary dominance of the LDP; economic, through his signature policy known as “Abenomics,” which aims to restore Japan’s economic prosperity and end decades-long deflationary stagnation; and strategic, in which Abe wishes to restore Japan to a prominent role in regional and international security by reinterpreting and potentially altering or even abolishing Article 9 of the constitution, which would allow greater deployment of the Japanese Self-Defense Forces. This study argues that Abe has achieved overall political dominance, being re-elected in 2014, and has passed controversial legislation allowing Japan to exercise collective self-defense, but it also contends that Abenomics has yet to lift the country out of its long-running deflationary stagnation.