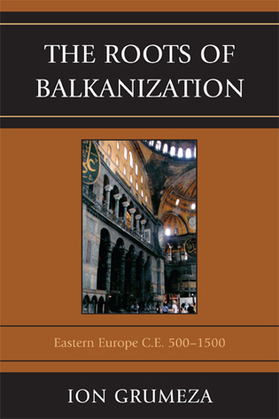 The Roots of Balkanization

'Balkanization' is a modern term describing the fragmentation and re-division of countries and nations in the Balkan Peninsula, as well as a dynamic meaning 'the Balkan way of doing things.' The Roots of Balkanization describes the historical changes that took place in the Balkan Peninsula after the collapse of the Roman Empire and their impact in Eastern lands. It develops conclusions reached in the author's previous book, Dacia: Land of Transylvania, Cornerstone of Ancient Eastern Europe, covering 500 B.C.-A.D. 500. Balkan multi-ethnicity was formed after the fifth century, when barbarian invaders settled and violently mixed with the native ancient nations. By the use of sword and terror, warlords became kings and their confederations of tribes became state nations. New societies emerged under the blessing of the Orthodox Church, only to fight against each other over disputed land that eventually came to be occupied by other invaders. The involvement of western powers and the Ottoman expansion triggered more grievances and violence, culminating with the fall of Constantinople in 1453 and the end of the Byzantine Empire. The medieval culture of the Balkans survived and continues to play a major role in how business and political life is conducted today in Eastern Europe.