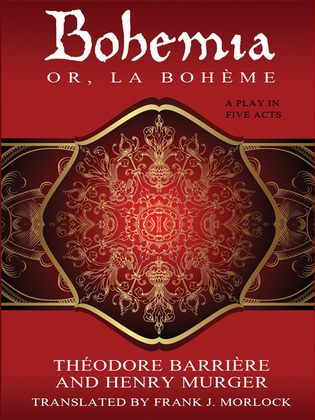 Henry Murger wrote a series of popular short stories in the late 1840s describing the poverty of the young artists of his generation in Paris, basing them on his personal experiences. These were adapted for the stage by Théodore Barrière in 1857. The play follows the fortunes of several young people, including Marcel (a painter), Musette (his promiscuous lover), Rodolphe (a writer), and Mimi (his faithful but fatally ill companion). Unable to support themselves from their art, they are doomed either to sell out or die of despair and the bad living conditions they're forced to endure. But all remain bright, sympathetic characters full of optimism, despite their lack of commercial success. It's the eternal story of talented youth struggling against a bourgeois society that doesn't appreciate them. Barrière and Murger's work later formed the basis of Puccini's enormously successful opera, La Bohème. A wonderfully romantic musical drama.