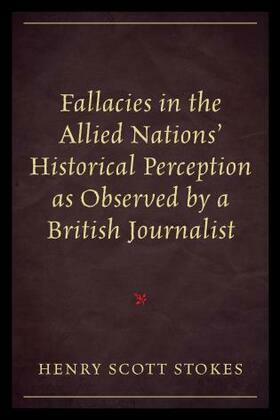 In 1941, Imperial Japan rapidly brought an end to the British Empire in Asia. Because a non-white race dared to upset the white colonialists’ status quo in Asia, the British resented the Japanese long after the war. Mr. Henry Scott-Stokes states that he held such a view as well before arriving in Japan as a foreign correspondent. Mr. Scott-Stokes writes of his transformation, of uncritical acceptance of the western colonialist’s version of the Greater East Asian War, the so-called Pacific War, to realization of its absolute vacuousness. “[The Japanese],” he states, “were supposed to simply accept, without any criticism or opposition whatsoever, the noble wisdom of civilization [the verdicts of the Tokyo Trials].”
Mindless parroting of historical fabrications by modern Japanese suggests a loss of national consciousness, of what it means to be Japanese, as Yukio Mishima expressed in his discussions with Mr. Scott-Stokes. Japan lost her independence to America and is merely a protectorate and not a nation with her own culture and history. Japanese people need to take it upon themselves to change this situation. Mr. Stokes’ mother-in-law, however, wryly commented that today’s Japanese are cowards, so it will take another 200 or 300 years.