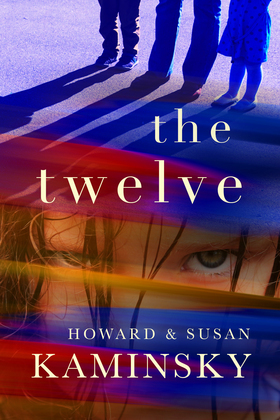 by Howard Kaminsky (Author)
Buy for $0.99 Excerpt
Fiction Mystery & detective Suspense Espionage
warning_amber
One or more licenses for this book have been acquired by your organisation details
Nick grabbed her and pulled her close. "What's wrong?" Sandy didn't say a word, she just pointed down at a crumpled, bright blue tarp...There were four severed hands under the thin blue covering. They were paired and arranged in a row, all with palms facing up. The hands had been so carefully severed they looked like grisly props, the kind that kids like to leave on the sofa on Halloween night to scare their parents...And on each palm there was a carefully drawn H. The H was faint because it had been put on with blood that was now dry.

FBI agents swelter in the Arizona sun as they wait for cult leader Josiah Hummock and his congregation to surrender. A charismatic fundamentalist, who believes the Federal government is a creation of Satan, Hummock releases twelve children -- and then slaughters himself and his followers in a massive explosion.

Nick Barrows, the FBI agent in charge of the siege, and Dr. Sandy Price, a child psychologist who adopts one of the children, are the first to discover four years later an ominous development: the remaining children have all disappeared from their homes. Government officials brush the coincidence aside, leaving Barrows and Price to investigate alone as, one by one, those who pursued Josiah Hummock are being killed in a hair-raising, sinister rampage.
Format
EPUB
Protection
Watermark
Publication date
June 21, 2016
Publisher
Polis Books
Page count
320
ISBN
9781943818365
Paper ISBN
9781943818365
File size
1 MB
The publisher has not provided information about accessibility.
2008783
item