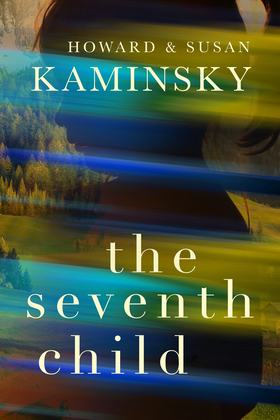 by Howard Kaminsky (Author)
Buy for $4.99 Excerpt
Fiction Mystery & detective Suspense Espionage
warning_amber
One or more licenses for this book have been acquired by your organisation details
The man wasn't worried about attracting attention. Because he wasn't doing anything wrong. Oh, ultimately he was doing something very wrong. He smiled at the thought of it. But now he was just waiting and watching. Watching for a particular little girl....The man looked again at the photograph. The last piece was in place. Everything was a perfect match.

The town of Ripton Falls, where the Richardson family comes to settle, is idyllic: nestled in the Berkshires, it boasts a stunning village green, large old houses, and a breathtaking setting. It is perfect for Hal and Judy Richardson and their nine-year-old daughter, Annie. Recruited overnight fro a frustrating job in Los Angeles by the Hilliards, Ripton Falls' oldest family, they and several other families join the Hilliards' privately owned firm in what seems a stroke of good luck. They are happier than they have been in years.

But then the accidents begin. None is fatal, and some are so slight as to seem frivolous. It is Judy Richardson who first notices the disturbing and unmistakable pattern emerging as one by one the children of the new families are singled out. An obscure reference to a centuries-old legend begins to take on meaning for her--a legend about seven other children, children apparently so evil that the town had to erase from its history all record of their existence. As July and Hal's suspicions grow, speculation turns to realization and then to horror: Thy have been brought to Ripton Falls for a specific reason and for one reason and for one reason only: for their daughter, Annie.
Format
EPUB
Protection
Watermark
Publication date
June 21, 2016
Publisher
Polis Books
Page count
320
ISBN
9781943818341
Paper ISBN
9781943818341
File size
1 MB
The publisher has not provided information about accessibility.
2009140
item