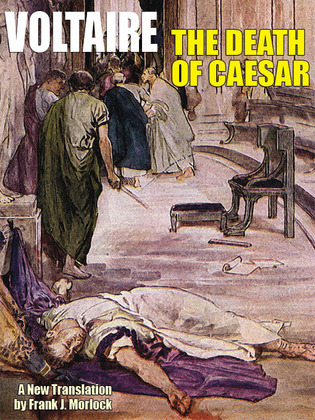 The Death of Caesar

Voltaire's The Death of Caesar (Mort de César, 1735) is often erroneously described as a reworking of the first three acts of William Shakespeare's Julius Caesar. Instead, Voltaire rewrote the text in its entirety, using a different approach that focuses on the act of tyrannicide, with the complication that Caesar has revealed to Brutus that the latter is actually his son. Brutus is an ardent republican whom Caesar wants to convert to his side. Ultimately, the son places the needs of the country over any paternal connection, and participates in the tyrant's assassination on the Ides of March. Great political drama, and a rediscovered classic of French literature!