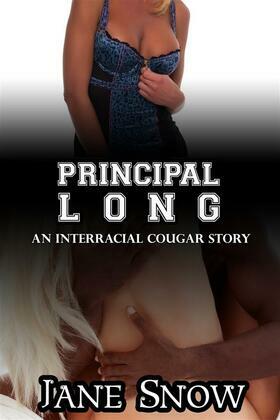 by Jane Snow (Author)
Buy for €2.49 Excerpt
Fiction Erotica Romance Adult Contemporary Fantasy
warning_amber
One or more licenses for this book have been acquired by your organisation details

Loni is a mother of two with a husband who likes to try to put her down with his words. The two also haven't been intimate since she was pregnant with their second son. When her oldest son, Jake, gets into a fight with the school's quarterback, she agrees to visit Principal Long if Jake does the chores for a month.

When she talks with Principal Long, he informs her of the repercussions of her son's actions and the fact that the quarterback was black. The quarterback's parents want to press charges, not just for their son being hit but also pressing that it was a racially motivated action. He lets Loni know that he's very close with the quarterback's parents and can easily convince them to stop... in exchange for something Loni can do for him.

Loni soons find that the Principal's last name is more than just a name but a perfect description for his manhood. Does she go through with the deal to help her son?