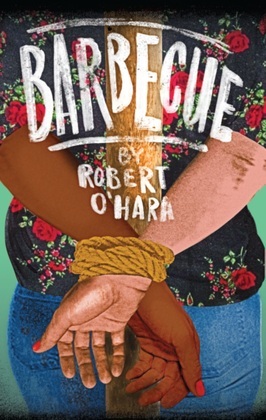 by Robert O'Hara (Author)
Buy for $16.99 Excerpt
Nonfiction Social science Sociology
warning_amber
One or more licenses for this book have been acquired by your organisation details

"Searing and sensationally funny... As raw in its language and raucous in spirit as it is smart and provocative."—The New York Times

"When I told my mother that a theater was putting on my play Bootycandy, her response was, 'What?! Bootycandy? These white folks are going to let you put on a play called Bootycandy?!? Are they crazy???' And my response was, 'Yes. Yes indeed.'"—Robert O'Hara

Sutter is on an outrageous odyssey through his childhood home, his church, dive bars, motel rooms, and even nursing homes. The journey uncovers characters who are at once fascinating, zany, controversial, and even a bit smutty, painting a portrait of life as a societal outlier. Based on the author's personal experience, Bootycandy is a kaleidoscope of sketches that interconnects to portray growing up gay and black. This subversive, uproarious satire crashes headlong into the murky terrain of pain and pleasure and . . . BOOTYCANDY!

Robert O'Hara is a playwright and director. His play Antebellum received a world premiere production from Woolly Mammoth Theater Company, and earned him a Helen Hayes Award for Outstanding New Play. He reworked The Wiz for its revival at La Jolla Playhouse. He wrote and directed the world premiere of Insurrection: Holding History (Public Theater, Oppenheimer Award for Best New American Play). As a director, he has won an Obie Award and an NAACP Best Director Award and has worked at acclaimed theaters throughout the United States.