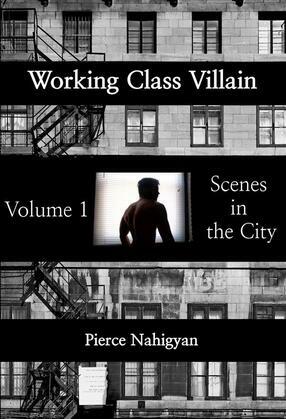 Scenes In The City

by Pierce Nahigyan (Author)
Buy for €2.99 Excerpt
Fiction Action & adventure Humorous
warning_amber
One or more licenses for this book have been acquired by your organisation details

Freddy Funke is a henchman for hire. He's not very strong, he's not very scary, but he will beat people up for money. It's a lousy job and he knows it, but he's finally run out of options. In this dark but hilarious satire, crime is the last thriving industry in a dystopian Los Angeles, and Freddy is going to fail his way upward until he becomes the biggest supervillain in town.

Freddy sat in a comfortably lit office above a bustling pool hall and bar in the South Heights. Across from him, on the other side of the desk, was Brother Barracuda. Brother Barracuda drummed the desk, the end of his middle finger a stump of purple scar tissue. He had a very wide and flat-topped forehead, his face almost an inverted triangle, black as Hershey chocolate with round cheeks and almost no chin. He was not a handsome man. Brother Barracuda had been on the phone with Smits for three minutes and he still didn’t think Freddy was very funny.

Freddy wasn’t sure if Smits had finished talking but the phone went down in Brother Barracuda’s thick hand and he rubbed his thick neck. He took a moment to peer at Freddy again from under his thickly beetled brow. “So Smits says you’re the guy.”

Freddy nodded obediently. He’d had a near constant smile on his face since the massage parlor last night. Buck didn’t like it. Brother Barracuda was having issues with it.

“Let me tell you a little about our operation here. We’re under a lot of pressure to perform and we need self-starters…guys who can think outside the box. Is motivation a problem for you?”

Brother Barracuda’s thick tongue licked his lips in a gesture of irritation. His lips, unlike the rest of him, were thin. Wormlike. “Freddy, if we contract you for this you’re going to be expected to do a lot more than look like an asshole.”

Freddy cleared his throat. “Mr. Barracuda, if you’ll allow me a moment to expand on my resume…” He waited for the man to nod his head. “Sir, I am an ambitious, goal-oriented operator. I’ve done heavy lifting, I can slang, I can even mix drinks.”

“What kind of heavy lifting?”

“No. Red Rhino has problems with diversity.”

“I was the driver for Copernicus’ Chinatown raid last weekend.”

“Nobody got out of that raid. Unless your name is Stuff, Big, or Mister, I call bullshit.”

Freddy had anticipated this. He had come up with the perfect response. “I am Mr. Big Stuff.”

It was the first thing that came to mind when Darrow asked him for a name.

Freddy further admitted that he was not goal-oriented or a leader…he didn’t think outside the box, he didn’t work well with others…he was balding. Previous employers had been thrown in jail or beaten by outstandingly prompt authority figures…he had nothing good to say about them, no references that would return his calls. He did not communicate well and if asked to recall a time he disagreed with his employer and how he dealt with that situation his best answer was that he once left a job in the Redwing because he was desperate for sex. “I am an escaped felon,” he concluded.