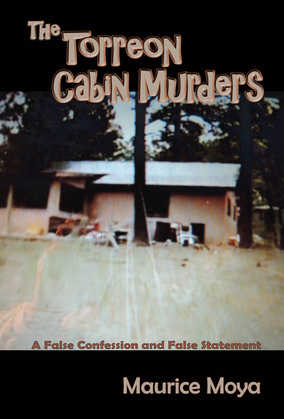 The Torreon Cabin Murders in December of 1995 was one of the most heinous cases in the history of the state of New Mexico. A young man and his live-in girl friend were murdered execution style in a cabin in Cibola National Forest near a small town called Torreon. Her two young sons were then locked in the cabin to die of starvation and dehydration by the murderer. Later, the young man?s father discovered the bodies and New Mexico State Police and a gang detective from the Albuquerque Police Department were assigned to investigate the four deaths. No crime scene team was sent to the cabin to look for evidence, according to the author. Investigators came up with prime suspects and with the guidance of the District Attorney?s office took numerous statements from two of them until they were able to obtain what appeared to some to be false confessions. Three young men were eventually charged with the death penalty. But was the real killer in the Torreon cabin murders released on the public to continue his crimes? Let the reader decide.