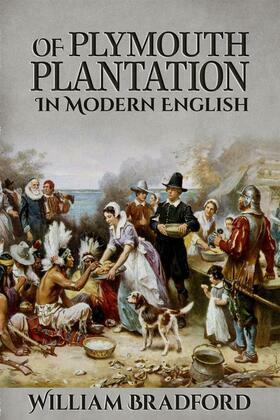 Of Plymouth Plantation is the story of the first settlers from The Mayflower and how they were able to survive and flourish in a hostile land despite incredible odds. Enduring starvation, plague, internal and external conflicts, natural disasters and countless other calamities, about a hundred of those first arrivals lived long enough to establish the foundational foothold that would grow into modern America. This is their story, originally penned as a journal during 1630-1651 by William Bradford, who was Plymouth Colony Governor five times for a period of nearly thirty years.

Charles F. Richardson stated that this work was a “forerunner of literature” and that Bradford was “a story-teller of considerable power.” Moses Coit Tyler called him “The father of American history.”

This new 2017 edition of Of Plymouth Plantation is presented in modern prose.