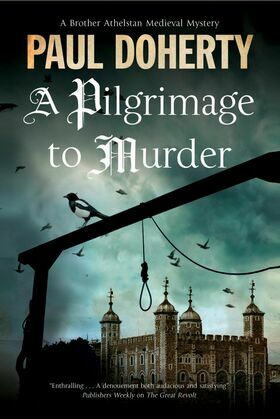 Summer, 1381. The Great Revolt has been crushed; the king’s peace ruthlessly enforced. Brother Athelstan meanwhile is preparing for a pilgrimage to St Thomas a Becket’s shrine in Canterbury to give thanks for the wellbeing of his congregation after the violent rebellion.

But preparations are disrupted when Athelstan is summoned to a modest house in Cheapside, scene of a brutal triple murder. One of the victims was the chief clerk of the Secret Chancery of John of Gaunt. Could this be an act of revenge by the Upright Men, those rebels who survived the Great Revolt?

At the same time Athelstan is receiving menacing messages from an assassin who calls himself Azrael, the Angel of Death? Who is he – and why is he targeting a harmless friar? Could Athelstan’s pilgrimage be leading him into a deadly trap?