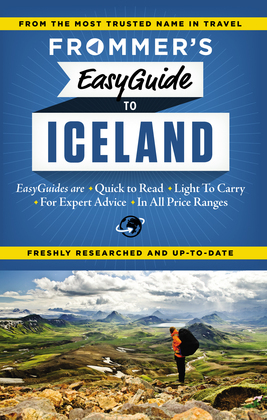 by Nicholas Gill (Author)
Excerpt Buy for $14.99
Nonfiction Travel Europe Iceland & Greenland Specialized guides
Guidebooks to Iceland are currently on every list of guidebook best-sellers, and will now be joined by a powerful new entrant written by an acknowledged and heavily-published expert on the subject. He is Nicholas Gill, an outstanding journalist, whose writings on Iceland have been prominently featured in The New York Times, The Wall Street Journal, the Los Angeles Times, Food & Wine magazine, and many other notable publications. His subject, the nation located just south of the Arctic circle but warmed by the Gulf Stream (and thus moderate in climate), is increasingly regarded as a place of multiple attractions that extend far beyond Reykjavik to nearly a dozen other towns, and to breathtaking nature including swimmable thermal springs.
Publication date
November 16, 2015
Publisher
FrommerMedia
Collection
Easy Guides
Page count
320
ISBN
9781628871838
Paper ISBN
9781628871807
File size
19 MB