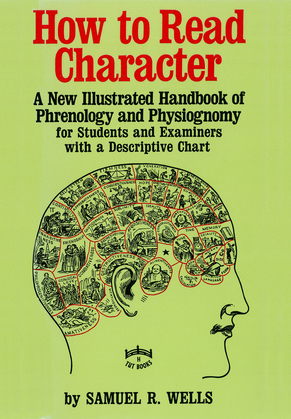 How to Read Character

by Wells,Samuel R. (Author)
Excerpt Buy for $5.99
Nonfiction Human science Psychology Physiological psychology
Phrenology, the practice of studying character and mental capacity from the confirmation of the skull, has always been a fascinating subject. As Pope said: "The proper study of mankind is man."

Here is a book with a lot of character--in fact, many characters, some famous and others infamous, from misers and murderers to presidents, philosophers and plenipotentiaries. These many and varied personalities are presented as illustrations of character traits. An example of Mirthfulness is Artemus Ward, the noted American humorist of a century ago. The contrast between his head and that of Kanosh an Indian chief, is striking if not exactly hair-raising. Sublimity is represented by William C. Bryant, the famous American poet and author of "Thanatopsis." The "organ" of Sublimity is situated on the side-head, directly above acquisitiveness and behind Ideality. "The function of Sublimity, "The book tells us, "is to give perception of grand and sublime in nature, art, and literature--to appreciate lofty mountains, the vastness of the ocean, the grandeur of a thunderstorm, the roar of artillery, the clash of armies…It is also an element in religious faith, and assist our conceptions of God and immortality."
Publication date
June 15, 1971
Publisher
Tuttle Publishing
Page count
198
ISBN
9781462912278
Paper ISBN
9780804809641
File size
14 MB