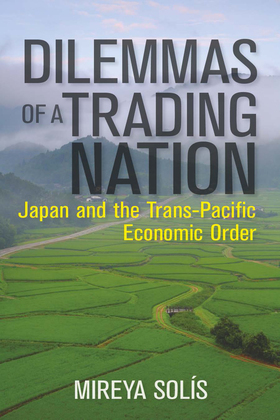 Dilemmas of a Trading Nation

The balancing of competing interests and goals will have momentous consequences for Japan?and the United States?in their quest for economic growth, social harmony, and international clout.

Japan and the United States face difficult choices in charting their paths ahead as trading nations. Tokyo has long aimed for greater decisiveness, which would allow it to move away from a fragmented policymaking system favoring the status quo in order to enable meaningful internal reforms and acquire a larger voice in trade negotiations. And Washington confronts an uphill battle in rebuilding a fraying domestic consensus in favor of internationalism essential to sustain its leadership role as a champion of free trade.

In Dilemmas of a Trading Nation, Mireya Solís describes how accomplishing these tasks will require the skillful navigation of vexing tradeoffs that emerge from pursuing desirable, but to some extent contradictory goals: economic competitiveness, social legitimacy, and political viability.

Trade policy has catapulted front and center to the national conversations taking place in each country about their desired future direction?economic renewal, a relaunched social compact, and projected international influence. Dilemmas of a Trading Nation underscores the global consequences of these defining trade dilemmas for Japan and the United States: decisiveness, reform, internationalism. At stake is the ability of these leading economies to upgrade international economic rules and create incentives for emerging economies to converge toward these higher standards. At play is the reaffirmation of a rules-based international order that has been a source of postwar stability, the deepening of a bilateral alliance at the core of America?s diplomacy in Asia, and the ability to reassure friends and rivals of the staying power of the United States. In the execution of trade policy today, we are witnessing an international leadership test dominated by domestic governance dilemmas.