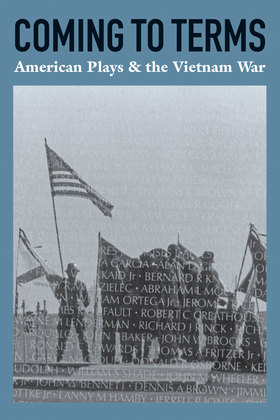 by James Reston (Author)
Buy for $19.99 Excerpt
Fiction Drama Nonfiction History History by country United States Historical period Vietnam War
warning_amber
One or more licenses for this book have been acquired by your organisation details

Included in this frequently inspiring and often poignant volume of plays, originally published in 1985, are works penned in the same era as the Vietnam War from some of the most revered playwrights in the national canon. The challenging work within—from playwrights like Terrence McNally, Emily Mann and David Rabe—reflects on the social and political ethos of this pivotal moment for America.

Plays include Streamers by David Rabe, Botticelli by Terrence McNally, How I Got That Story by Amlin Gray, Medal of Honor Rag by Tom Cole, Moonchildren by Michael Weller, Still Life by Emily Mann, and Strange Snow by Stephen Metcalfe.