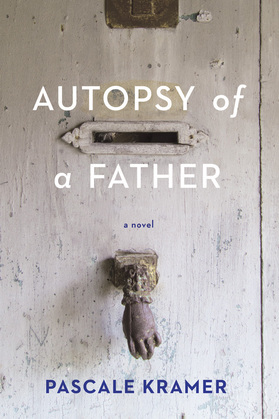 Autopsy of a Father

by Pascale Kramer (Author), Robert Bononno (Translator)
Buy for $16.99 Read sample online Download sample
Fiction Literary Francophone literature
warning_amber
One or more licenses for this book have been acquired by your organisation details

“[Kramer’s body of work is] precise and sumptuous . . . a song of emotion, but with a great lucidity about the humanity of simple people.” —Swiss Federal Office of Culture, Swiss Grand Prize for Literature citation

“You need to read Pascale Kramer’s books because they take you on a journey. You board a small ship that enters the human body, and what you felt while reading follows you for days after you’ve closed the book.” —Elle (France)

When a young woman returns to her childhood home after her estranged father’s death, she begins to piece together the final years of his life. What changed him from a prominent left-wing journalist to a bitter racist who defended the murder of a defenseless African immigrant? Kramer exposes a country gripped by intolerance and violence to unearth the source of a family’s fall from grace.

Set in Paris and its suburbs, and inspired by the real-life scandal of a French author and intellectual, Autopsy of a Father blends sharp observations about familial dynamics with resonant political and philosophical questions, taking a scalpel to the racism and anti-immigrant sentiment spreading just beneath the skin of modern society.

Pascale Kramer, recipient of the 2017 Swiss Grand Prize for Literature, is the author of fourteen books, including three novels published in English: The Living, The Child, and Autopsy of a Father, which was named a finalist for the La Closerie des Lilas, Ouest-France, and Orange du Livre prizes. Born in Geneva, she has worked in Los Angeles, and now lives in Paris, where she directs a documentary film festival about children’s rights.