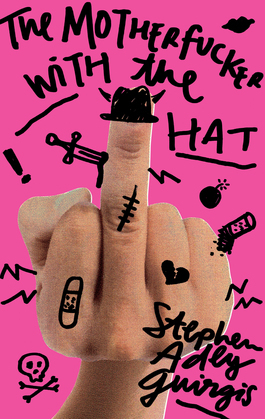 The Motherfucker with the Hat (TCG Edition)

"By far the most accomplished and affecting work from the gifted Mr. Guirgis, a prolific and erratic chronicler of marginal lives."—The New York Times

"The lifeblood of Guirgis's dialogue is the most expressive cursing since Shakespeare."—The Guardian

As an expert in the art of blurring lines, Stephen Adly Guirgis is known for projects that are at once comically poignant and dramatically raucous. Following the recently rehabilitated drug dealer Jackie, trying to improve his life after being paroled, The Motherfucker with the Hat (Guirgis's first on Broadway) examines the fragile line between ignited passions and the struggle to remain clean in the underbelly of New York City. With expressive dialogue and a captivating story, Guirgis's widely-acclaimed play delves into the challenges of pride, self-transformation, and the intricacies of love in a lower-class world. This volume also includes the acclaimed one-act play Dominica: The Fat Ugly Ho.

Stephen Adly Guirgis's other plays include Jesus Hopped the 'A' Train, Our Lady of 121st Street, In Arabia We'd All Be Kings, The Last Days of Judas Iscariot, The Little Flower of East Orange, Den of Thieves, and Race Religion Politics. His play Between Riverside and Crazy won the Pulitzer Prize for Drama in 2015. He is a former co-artistic director of LABryinth Theater Company. He received the Yale Wyndham-Campbell Prize, a PEN/Laura Pels Award, a Whiting Award and a fellowship from TCG in 2004.