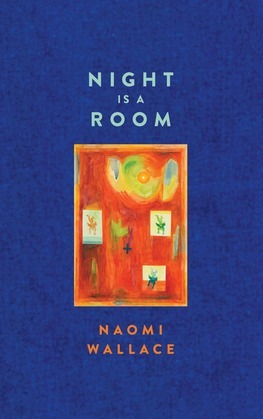 Night is a Room (TCG Edition)

by Naomi Wallace (Author)
Buy for $14.99 Excerpt
Fiction Drama Nonfiction Health & fitness Daily living Family relationships Marriage
warning_amber
One or more licenses for this book have been acquired by your organisation details

"Naomi Wallace commits the unpardonable sin of being partisan, and, the darkness and harshness of her work notwithstanding, outrageously optimistic. She seems to believe that the world can change. She certainly writes as if she intends to set it on fire."—Tony Kushner

"Wallace is that unfashionable thing - a deeply political US playwright who unashamedly writes about ideas rather than feelings."—The Guardian

Lauded for her topical, searing explorations of the intricate and pressing issues that affect humanity, Naomi Wallace's new work Night is a Room centers around the timeless subject of love and relationships, specifically in their tenuousness. This story of a seemingly ideal married couple is torn apart when the husband's previously unknown birth mother makes a surprise visit for his fortieth birthday. In Night is a Room, Wallace examines the heart of human connections, and the intimate challenges love can create, romantic or otherwise.

Naomi Wallace's plays—which have been produced in the United Kingdom, Europe, the United States, and the Middle East—include In the Heart of America, Slaughter City, One Flea Spare, The Trestle at Pope Lick Creek, Things of Dry Hours, The Fever Chart: Three Short Visions of the Middle East, And I and Silence, The Hard Weather Boating Party, and The Liquid Plain. She has been awarded the Susan Smith Blackburn Prize twice, the Joseph Kesselring Prize, the Fellowship of Southern Writers Drama Award, an Obie Award, and the 2012 Horton Foote Award for most promising new American play.