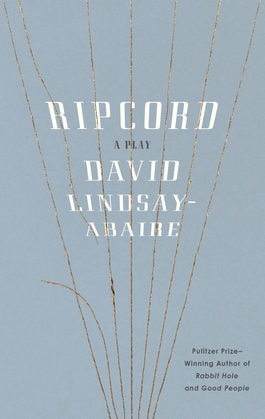 "A lyrical and understanding chronicler of people who somehow become displaced within their own lives…Mr. Lindsay-Abaire has shown a special affinity for female characters suddenly forced to re-evaluate the roles by which they define themselves."—New York Times

Set in the Bristol Place Assisted Living Facility, this glorious and biting new comedy from David Lindsay-Abaire centers around Abby, who takes pride in her residence in one of the most coveted rooms in the rest home. Things turn sour quickly when she must take in Marilyn, a new roommate to share her precious space. In a satirical conflict of territory and control, Lindsay-Abaire spins a benign, typically mundane setting into an absurdist, colorful battleground. This high-stakes comedy examines our expectations of what it means to grow old in twenty-first century America, and what happens when a sense of possession collides with a mania of obsession.

David Lindsay-Abaire's plays include Good People, Fuddy Meers, Kimberly Akimbo, Wonder of the World, High Fidelity, A Devil Inside, and Rabbit Hole, winner of the 2007 Pulitzer Prize for Drama. Lindsay-Abaire wrote the book for Shrek the Musical, and the screen adaptation of Rabbit Hole starring Nicole Kidman. Lindsay-Abaire is a proud New Dramatists alum, a graduate of Sarah Lawrence College and the Juilliard School, as well as a member of the WGA and the Dramatists Guild Council.