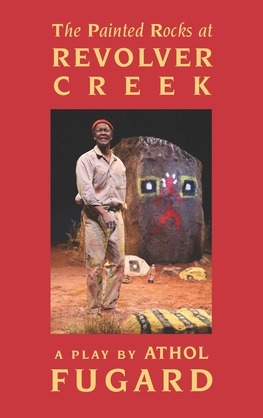 by Athol Fugard (Author)
Buy for $14.95 Excerpt
Fiction Drama Nonfiction Social science Discrimination & race relations History History by country Africa Republic of South Africa
warning_amber
One or more licenses for this book have been acquired by your organisation details

"Simply constructed yet highly affecting, this latest play...has a valedictory air to it — the sense of an artist dealing only with essentials." - L.A. Times

"In his carefully built play, Fugard broadens the meaning of [outsider artist] Nukain's masterpiece by placing that powerful symbol of a man's human dignity in a modern-day context."—Variety

"Tender, ruminative. . . . Fugard has been anatomizing the evils of apartheid, and the troubling legacies it left behind, throughout his long and distinguished career."—The New York Times

A touching portrayal of compassion passed down through two generations in a racially-torn continent, Athol Fugard's latest play centers around Nukain and Bokkie, an elderly African painter and his young protégé. The Painted Rocks at Revolver Creek observes two differing experiences with racism, in the decades during and following apartheid, while ultimately illuminating the meaning of preserving the history of one's own past. Within the span of his illustrious and widely-lauded work as a playwright, Athol Fugard has shed light on the looming shadow of apartheid and its resulting dissolution of society and politics in South Africa. This contemplative new work follows that legacy, asking us not to forget its relevance in the modern day.

Athol Fugard has been working in the theatre as a playwright, director and actor for more than fifty years. His plays include The Shadow of the Hummingbird, Blood Knot, Boesman and Lena, Statements after an Arrest under the Immorality Act, Sizwe Banzi Is Dead, 'Master Harold'…and the Boys, The Road to Mecca, My Children! My Africa!, The Blue Iris, The Train Driver, and more than a dozen others.