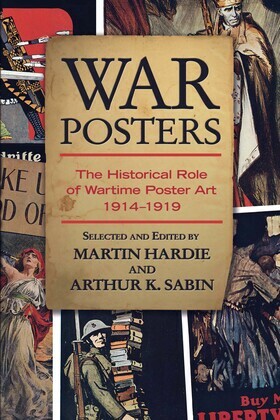 "Take up the sword of justice," commands a vengeful, blade-wielding sea goddess, while a ship resembling the Lusitania hovers on the horizon
"Keep all Canadians busy. Buy 1918 victory bonds," advises a poster bearing a pair of industrious beavers
"Must children die and Mothers plead in vain? Buy more Liberty Bonds," demands a heartrending scene of an overwhelmed woman and her infants
"Books wanted for our men in camp and 'over there' ? Take your gifts to the public library," proposes an image of a doughboy balancing a stack of volumes
Striking poster art, featuring exhortations to support the troops and help the suffering, appeared across Europe and North America during World War I. This compilation presents 80 color and black-and-white posters, issued from 1914 to 1919, that include works by Steinlen, Biró, Paul Nash, and other noted artists. Arranged by the country of issue, they comprise examples from Great Britain, France, Germany and Austria/Hungary, the United States, and elsewhere. In addition, a substantial and informative Introduction details the historical role of wartime posters.