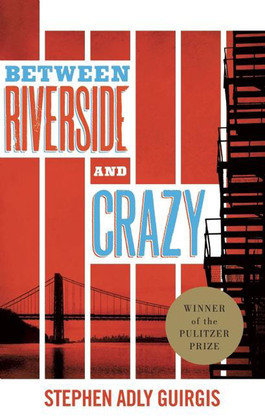 Between Riverside and Crazy (TCG Edition)

by Stephen Adly Guirgis (Author)
Buy for $15.99 Excerpt
Fiction Drama Nonfiction Social science Sociology Health & fitness Anxieties and stress
warning_amber
One or more licenses for this book have been acquired by your organisation details

"Guirgis, like other storytellers who explore the sacred and profane, is most interested in how grace transforms us."—The New Yorker

Written with humor, tenderness, grit, and wonderment by acclaimed playwright Stephen Adly Guirgis, Between Riverside and Crazy is an extraordinary new play: a dark comedy about a man trying to maintain control as the world unravels around him.

City Hall is demanding more than his signature, the Landlord wants him out, the liquor store is closed, and the Church won't leave him alone. As ex-cop and recent widower Walter "Pops" Washington struggles to hold on to one of the last great rent-stabilized apartments on Riverside Drive, he must also contend with old wounds, new houseguests, and a final ultimatum. It seems the old days are dead and gone — after a lifetime living between Riverside and Crazy.

Stephen Adly Guirgis' other plays include The Motherfucker with the Hat, Jesus Hopped the 'A' Train, Our Lady of 121st Street, In Arabia We'd All Be Kings, The Last Days of Judas Iscariot, The Little Flower of East Orange, Den of Thieves, Race Religion Politics, and Dominica: The Fat Ugly Ho. His play Between Riverside and Crazy won the Pulitzer Prize for Drama in 2015. He is a former co-artistic director of LABryinth Theater Company. He received the Yale Wyndham-Campbell Prize, a PEN/Laura Pels Award, a Whiting Award and a fellowship from TCG in 2004.