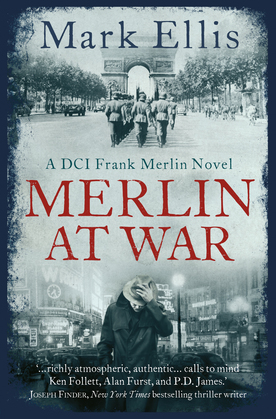 by Mark Ellis (Author)
Buy for $3.79 Excerpt
Fiction Mystery & detective English literature British literature
warning_amber
One or more licenses for this book have been acquired by your organisation details

War rages across Europe. France is under the Nazi thumb. Britain has its back to the wall. In London, Scotland Yard detective Merlin investigates a series of disturbing events - a young girl killed in a botched abortion, a French emigre shot in a seedy Notting Hill flat, a mysterious letter written by a British officer, gunned down in Crete.With action spanning Buenos Aires, New York, Cairo and Occupied France, Merlin and his team are plunged into a dark world of espionage, murder, love and betrayal.