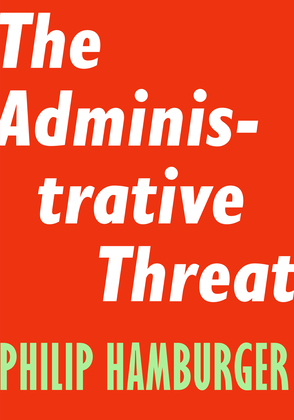 by Philip Hamburger (Author)
Buy for $5.99 Excerpt
Nonfiction Social science Political science Government Executive branch Democracy
warning_amber
One or more licenses for this book have been acquired by your organisation details
Government agencies regulate Americans in the full range of their lives, including their political participation, their economic endeavors, and their personal conduct. Administrative power has thus become pervasively intrusive. But is this power constitutional?