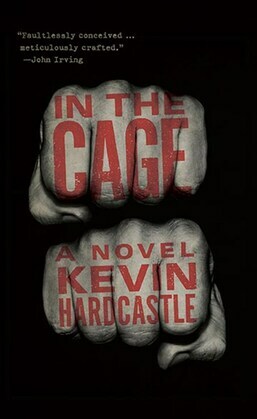 by Kevin Hardcastle (Author)
Buy for $11.95 Excerpt
Fiction Mystery & detective
warning_amber
One or more licenses for this book have been acquired by your organisation details

A feared cage fighter in Mixed Martial Arts, Daniel is closing in on greatness—until an injury derails his career. Out of work in his country hometown, Daniel slips into the underworld, moonlighting as muscle for a childhood-friend-turned-mid-level-gangster. While his wife works nights and his twelve-year-old daughter gets into scraps of her own, Daniel tries to escape and build a nobler life for his family—but he sinks deeper into a violent, unpredictable world, soon sparking a conflict that can only be settled in blood.

Written with equal parts tenderness and horror, In the Cage weaves together a grittily masterful tale of violence, family, and resilience as Kevin Hardcastle penetrates what it means to survive in the rural underclass.

Daniel is one of the most feared cage fighters in Mixed Martial Arts, closing in on greatness until an injury ruins his career. Forced back to his rural hometown with his career derailed, he slips into the criminal underworld, moonlighting as muscle for a mid-level gangster he has known since childhood. Battling a cycle of rural poverty, Daniel and his wife Sarah struggle to secure a better life for their daughter, but in this violent and unpredictable world of back-country criminals and county cops, Daniel sparks a conflict that can only be settled in blood. Written in spare, muscular prose, In the Cage penetrates the heart of what it means to endure life in the underclass, revealing the small joys found there.