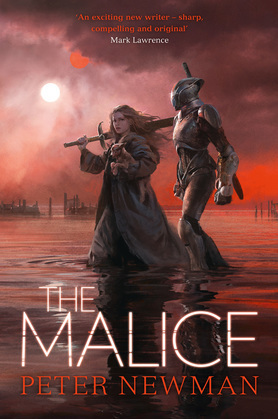 The Malice (The Vagrant Trilogy)

Following Peter Newman’s brilliant debut, THE VAGRANT. This is the much-anticipated sequel, THE MALICE.

In the south, the Breach stirs.

Gamma’s sword, the Malice, wakes, calling to be taken to battle once more.

But the Vagrant has found a home now, made a life and so he turns his back, ignoring its call.

The sword cries out, frustrated, until another answers.

Her name is Vesper.