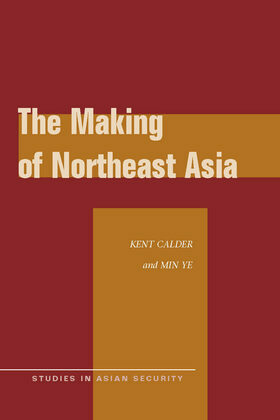 The Making of Northeast Asia

Northeast Asia, where the interests of three major nuclear powers and the world's two largest economies converge around the unstable pivot of the Korean peninsula, is a region rife with political-economic paradox. It ranks today among the most dangerous areas on earth, plagued by security problems of global importance, including nuclear and missile proliferation. Yet, despite its insecurity, the region has continued to be the most rapidly growing on earth for over five decades?and it is emerging as an identifiable economic, political, and strategic region in its own right. As the locus of both economic growth and political-military uncertainty in Asia has moved further to the Northeast, a need has developed for a book that focuses analytically on prospects for Northeast Asian cooperation within the context of both Asia and the Asia-Pacific regional relationship. This book does exactly that, while also offering a more general theory for Asian institution building.