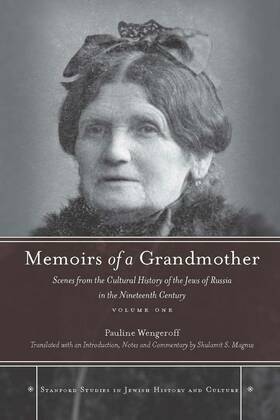 Memoirs of a Grandmother

Pauline Wengeroff, the only nineteenth-century Russian Jewish woman to publish a memoir, sets out to illuminate the "cultural history of the Jews of Russia" in the period of Jewish "enlightenment," when traditional culture began to disintegrate and Jews became modern. Wengeroff, a gifted writer and astute social observer, paints a rich portrait of both traditional and modernizing Jewish societies in an extraordinary way, focusing on women and the family and offering a gendered account (and indictment) of assimilation.

In Volume 1 of Memoirs of a Grandmother, Wengeroff depicts traditional Jewish society, including the religious culture of women, during the reign of Tsar Nicholas I, who wished "his" Jews to be acculturated to modern Russian life.