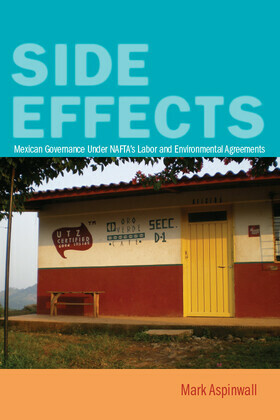 This is a story about governance in Mexico after the labor and environmental accords?called "side agreements"?that accompanied the NAFTA treaty went into effect. These side agreements required member states to uphold and enforce their labor and environmental laws; though never codified, it was widely accepted that Mexico, in particular, had a problem with law enforcement. Side Effects explores how differences in institutional design (of the side agreements) and domestic capacity (between the labor and environment sectors) influenced norm socialization in Mexico. It argues that the acceptance of rule-of-law norms in environmental governance can be attributed to participating institutions' independence from national control, their willingness to give citizens access, and the professionalization and technical capacity of domestic bureaucrats and civil society actors. Changes in labor governance have been hampered by union confederations, longstanding corruption, and a closed opportunity structure. Going beyond a simple accounting exercise of resources devoted to enforcing the law, this book comes to grips with how best to strengthen local capacity and promote pro-norm behavior?advances essential to the task of development and democratization.