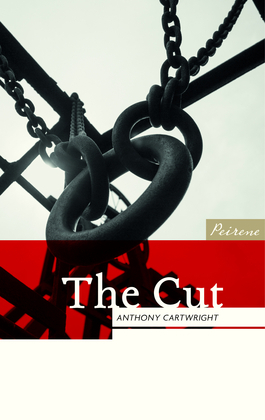 The Cut is a Brexit novel. The story offers a fictional response to a complex issue. It is also a plot-driven page-turner by one of the most exciting novelists in the country.

Cairo Jukes, a boxer from Dudley, supports himself on zero-hour contracts. He has grown up among the canals &#8211; or the cuts &#8211; that web the Black Country like the open veins of an old industrial order. Then he meets Grace, a successful documentary film maker from London.

The Cut will not put you at ease. It describes a relationship built on misunderstandings, intolerance and guilt &#8211; one where each side desires something that the other cannot give.

&#8216;Writing The Cut made me understand that we live in a country where we see prejudice in others but not in ourselves. This is a lesson that I, and my two characters Cairo and Grace, have tried to learn, with varying levels of success. It is a hard lesson for us all.&#8217; Anthony Cartwright:

Why Peirene chose to commission this book:
'The result of the EU referendum shocked me. I realized that I had been living in one part of a divided country. What fears &#8211; and what hopes &#8211; drove my fellow citizens to vote for Brexit? I commissioned Anthony Cartwright to build a fictional bridge between the Britains that opposed each other on referendum day.&#8217; Meike Ziervogel, publisher at Peirene Press

&#8216;A writer with a wonderful ear &#8230; and an unblinking sense of Britain as it is today. Anthony Cartwright&#8217;s patient, attentive storytelling shines a glowing light on areas of our common experience that the English novel usually consigns to darkness.'Jonathan Coe

&#8216;A compelling protest against simple answers that lingers in the mind long after the final page.&#8217;Wyl Menmuir