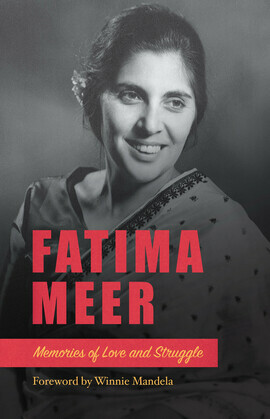 Memories of Love and Struggle
by Fatima Meer (Author)
Buy for $12.00 Excerpt
Nonfiction Biography & autobiography Historical
warning_amber
One or more licenses for this book have been acquired by your organisation details

At just 17, Fatima Meer threw herself into resisting racism, the first public act of defiance in a long and pioneering political life. Despite assassination attempts, petrol bombs and the constant harassment of her family, she persevered on the courageous path she had chosen. In this intimate memoir, Fatima Meer shares her personal story of growing up and of love, joy, longing and loss. As Meer openly reflects on her regrets as well as her triumphs, an enchanting tale emerges of a rebellious, revolutionary woman who never shied away from the truth. “As long as we have persons of her calibre, South Africa will shine.” Nelson Mandela