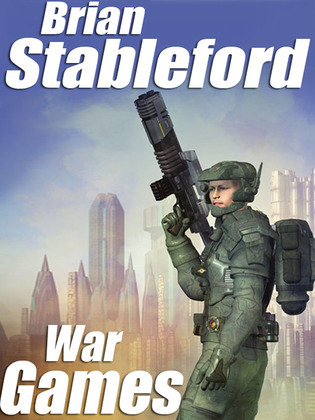 Throughout the centuries that have passed since humans first ventured into interstellar space, they have been at war with the alien Veich. The human race has, in consequence, been fully militarized, its educational system being a form of military training--which includes, among other disciplines, the elimination of fear from the human psyche. Attitudes to the war have, however, been colored by the gradual discovery of relics revealing that it is echoing an earlier interstellar conflict whose antagonists have completely disappeared, victors and vanquished alike. On a neglected continent of an unimportant world, ex-sergeant Remy and other human and Veich deserters have joined forces to form a mercenary company that places its expert skills at the disposal of the dominant indigenes. This refuge from the greater war is, however, disrupted when archeologists on another world discover evidence that there might be significant relics of the earlier war buried in the inhospitable heart of the continent, where barbarian tribes are currently massing for a religious war. Remy has no alternative but to revert to working for his own race, knowing that whatever he enables them to find, or even if they find nothing at all, his own life will be in grave peril, and that nothing will ever be the same again.... Great military SF! Also published as Optiman.