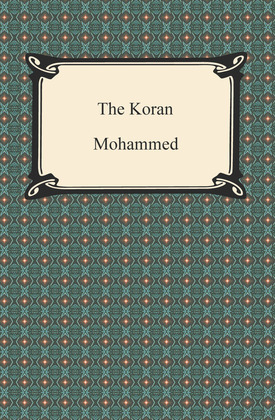 by Mohammed (Author)
Buy for $0.99 Excerpt
Nonfiction Religion Islam
warning_amber
One or more licenses for this book have been acquired by your organisation details

"The Koran" is the ultimate authority and the foundation of the Islamic faith. Believed by Muslims to be the word of God revealed to the Prophet Muhammad through the archangel Gabriel, it is the source of all Islamic tenets. "The Koran" is composed in Arabic verse and divided into 114 suras, or chapters. The fundamental religious text of Islam, the Koran is recited by millions everyday and is widely considered the finest piece of Arabic literature. Situated amidst the other defining religious tomes of the world, the Koran is a powerful and rich text. Tremendously influential since its creation 1,400 years ago, the Koran remains a breathing text all over the world. In this edition we find the highly annotated and critical translation of J. M. Rodwell.