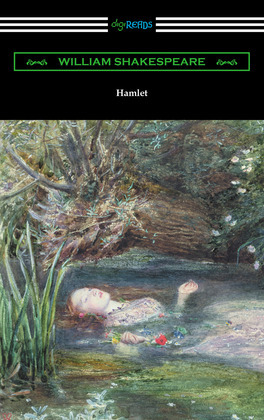 Hamlet (Annotated by Henry N. Hudson with an Introduction by Charles Harold Herford)

Considered by many as Shakespeare’s masterpiece and one of the greatest dramas of all time, “Hamlet” is the story of its titular character, the Prince of Denmark who discovers that his uncle, Claudius, is responsible for the murder of his father. Claudius has murdered Hamlet’s father, his own brother, in order to usurp the throne of Denmark and to marry Hamlet’s widowed mother. Sunk into a state of despair, Hamlet is torn between his grief over his father’s death and his desire for revenge. “Hamlet” is a work of great complexity and as such has drawn many different critical interpretations. Hamlet has been seen as a victim of circumstance, as an impractical idealist, as an opportunist, as the sufferer of a great melancholy, and as a man blinded by his own desire for revenge. Through the great deliberation with which Hamlet ponders his revenge, Shakespeare brilliantly dramatizes the complex philosophical and ethical issues that are at stake with such a violent action. The depth of characterization and literary craft that is exhibited in the work has elevated “Hamlet,” to a legendary status, one of the most influential works in all of English literature. This edition is annotated by Henry N. Hudson, includes an introduction by Charles Harold Herford, and a biographical afterword.