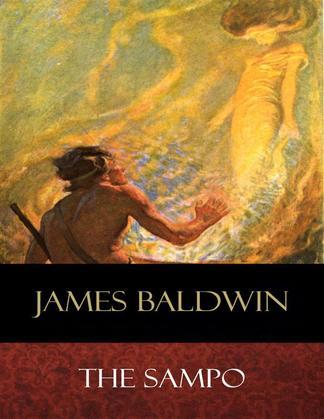 Far away in the Frozen Land, a long time ago, a master wizard forged the wondrous Sampo, or mill of fortune, which ground out all sorts of treasures and gave wealth and power to its owner. This story, retold in from the Finnish Kalevala, tells of the making of this mill and the adventures of the heroes who sought to gain possession of it.

This is a tale which the runolainen  of the far North used to sing in hovel and hall, and which the heroes of primeval times learned by heart and taught to their children. In its original form it was related, not in plain, unvarnished prose, as you shall find it here, but in endless monotonous measures, tuned to the music of the kantele. It was made up of numerous stories, songs, folk-melodies, and incantations, with which were interwoven many independent episodes that are neither interesting nor necessary to its completeness.

The weaver of tales, who now relates these adventures to modern readers, has chosen to deviate widely from the methods of the ancient story-tellers. He has combined various parts, as pleased his fancy, into one complete harmonious fabric, and, while he has retained much of the original warp and woof, he has added various and many colorings and connecting threads of his own invention. In doing this he has merely exercised the time-honored right of poets and story-tellers—the right to make new cloth out of old.

James Baldwin (1841–1925) was one of the most prolific authors of school books for children at the end of the 19th century and the beginning of the 20th. He wrote over thirty books about famous people in history and retold classical stories. His publications numbered 54 volumes. It is estimated that 26 million copies of his works sold worldwide, including China and Indonesia.