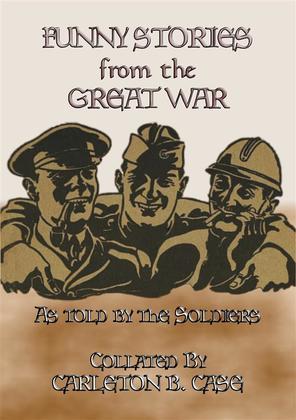 FUNNY STORIES from the GREAT WAR - Trench humour, Pranks and Jokes during WWI

Even in the midst of the death and destruction of war there are strange and funny occurrences. Occurrences made hilarious and farcical because of the circumstance in which they occur. These hilarious occasions are more often than not recalled with greater ease and much mirth long after the war has ended and everyone has gone home. Their recall is made easier  if only because soldiers would prefer not to recall the painful memories that come with the experience of having been in battle.

Herein are over 300 short stories, anecdotes, pranks, jokes and laughable affairs recalled by servicemen after the Great War patiently collated and published with care by Carleton B. Case in 1919.