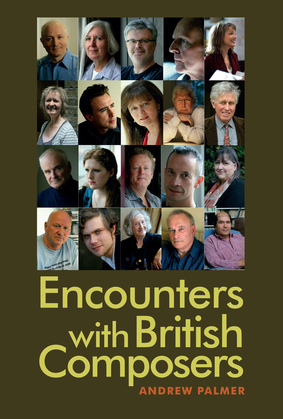 This book features interviews with leading and upcoming British composers who use the same raw materials but produce classical music that takes very different forms. Uniquely, Andrew Palmer approaches the sometimes baffling worldof contemporary music from the point of view of the inquisitive, music-loving amateur rather than the professional critic or musicologist. Readers can eavesdrop on conversations in which composers are asked a number of questionsabout their professional lives and practices, with the emphasis on the aesthetic sensibilities and psychological processes behind composing rather than technique. Throughout, the book seeks to explore why composers write the kindof music they write, and what they want their music to do. Along the way, readers are confronted with an unspoken but equally important question: if some composers are writing music that the public doesn't want to engage with, who's to blame for that? Are composers out of touch with their public, or are we too lazy to give their music the attention it deserves?

ANDREW PALMER is a freelance writer and photographer. He is editor of Composing in Words: William Alwyn on His Art (Toccata Press, 2009), author of Divas... In Their Own Words (Vernon Press, 2000) and co-author of A Voice Reborn (Arcadia Books, 1999). Since 1998 he has been a corresponding editor of Strings magazine (USA).