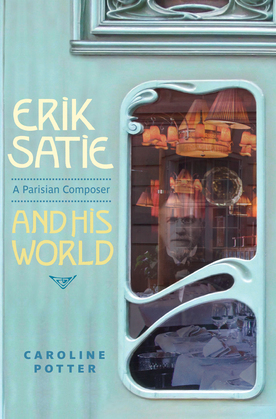 Erik Satie's (1866-1925) music appeals to wide audiences and has influenced both experimental artists and pop musicians. Little about Satie was conventional, and he resists classification under easy headings such as "classical music". Instead of pursuing the path of a professional composer, Satie initially earned a living as a café pianist and moved in bohemian circles which prized satire, popular culture and experiment. Small wonder that his music is fundamentally new in conception. It is music which is not always designed to be listened to attentively: music which can be machine-like but is to be played by humans. For Satie, music was part of a wider concept of artistic creation,as evidenced by his collaborations with leading avant-garde artists and in works which cross traditional genre boundaries such as his texted piano pieces. His music was created in some of the most exciting and creatively stimulating environments of the late nineteenth and early twentieth century: Montmartre and Montparnasse. Paris was the artistic centre of Europe, and Satie was a notorious figure whose music and ideas are inextricably linked with the City of Light. This book situates Satie's work within the context and sonic environment of contemporary Paris. It shows that the influence of street music, musicians and poets interested in new technology, contemporary innovations and radical politics are all crucial to an understanding of Satie. Music from the ever-popular Gymnopédies to newly discovered works are discussed, and an online supplement features rare pieces recorded especially for the book.

CAROLINE POTTER is Reader in Music at Kingston University London. A graduate in both French and Music, she has published widely on French music since Debussy and was Series Advisor to the Philharmonia Orchestra's Paris2014-15 season.