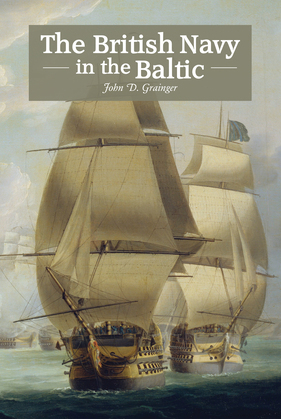 The British Navy in the Baltic

This book presents a comprehensive overview of the activities of the British navy in the Baltic Sea from the earliest times until the twentieth century. It traces developments from Anglo-Saxon times, through the medieval period when there were frequent disputes between English kings and the Hanseatic League, the seventeenth-century wars with the Dutch, and Britain's involvement in the Northern Wars in the early years of the eighteenth century. It considersin detail the major period of British involvement in the Baltic during the Napoleonic Wars, when the British navy fought the Danes, Napoleon's allies, and was highly effective in ensuring Sweden's neutrality and Russia's change of allegiance. It goes on to discuss British naval actions in the Baltic during the Crimean War and in the First World War and its aftermath. Throughout, the book relates naval actions to patterns of trade, to wider internationalpolitics, and to geographical factors such as winter sea ice and the shallow nature of the Baltic Sea.

John D. Grainger is the author of numerous books for a variety of publishers, including five previously published books for Boydell and Brewer, including Dictionary of British Naval Battles and The First Pacific War: Britain and Russia, 1854-56.