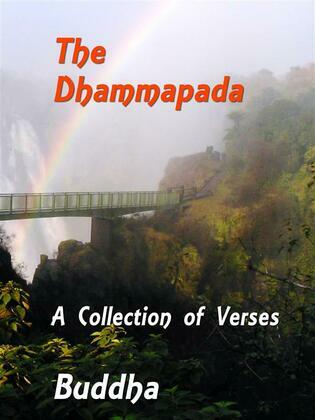 de Buddha (Autor)
Comprar por 0,99 €
No Ficción Humanidades Filosofía Oriental Budismo
warning_amber
One or more licenses for this book have been acquired by your organisation details

"The Dhammapada" is a collection of sayings of the Buddha in verse form and one of the most widely read and best known Buddhist scriptures. The original version of the Dhammapada is in the Khuddaka Nikaya, a division of the Pali Canon of Theravada Buddhism.

The title, "Dhammapada," is a compound term composed of dhamma and pada, each word having a number of denotations and connotations. Generally, dhamma can refer to the Buddha's "doctrine" or an "eternal truth" or "righteousness" or all "phenomena"; and, at its root, pada means "foot" and thus by extension, especially in this context, means either "path" or "verse" or both. In Tamil language 'Padam' means subject, English translations of this text's title have used various combinations of these and related words.

According to tradition, the Dhammapada's verses were spoken by the Buddha on various occasions. By distilling the complex models, theories, rhetorical style and sheer volume of the Buddha's teachings into concise, crystalline verses, the Dhammapada makes the Buddhist way of life available to anyone...In fact, it is possible that the very source of the Dhammapada in the third century B.C.E. is traceable to the need of the early Buddhist communities in India to laicize the ascetic impetus of the Buddha's original words.