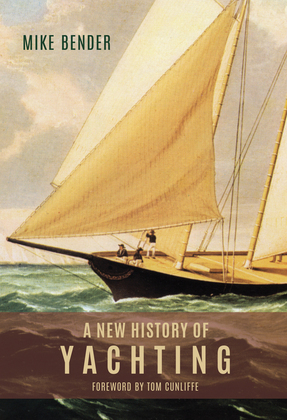 A New History of Yachting

by Mike Bender (Author)
Buy for $24.95 Excerpt
Nonfiction Nature, recreation and sports Sports & recreation Sailing History History by country Europe Great Britain
warning_amber
One or more licenses for this book have been acquired by your organisation details

This book, by a leading expert in the field, is the first major history of yachting for over a quarter of a century. Setting developments within political,social and economic changes, the book tells the story of yachting from Elizabethan times to the present day: the first uses of yachts, by monarchs, especially Charles II; yacht clubs and yacht racing in the eighteenth century; the early years of the Royal Yacht Squadron at Cowes and an analysis of the America Cup challenges; the pioneering developments in Ireland and the exporting of yachting to the colonies and trading outposts of the Empire; the expansion of yachting in Victorian times; the Golden Age of Yachting in the years before the First World War, when it was the sport of the crowned heads of Europe; the invention of the dinghy and the keelboat classes and, after the Second World War, the massive numbers of home-built dinghies; the breaking of new boundaries by risk-taking single-handers from the mid-1960s; the expansion of leisure sailing that came in the 1980s with the use of moulded plastic yachts; and current trends and pressures within the sport. Well-referenced yet highly readable, this book will be of interest both to the scholar and the sailing enthusiast.

MIKE BENDER is an experienced yachtsman and qualified Ocean Yachtmaster, with some forty thousand miles, mostly singlehanded, under the keel. He is an Honorary Research Fellow in History at the University of Exeter.